Which cartridge is best for deer hunting? 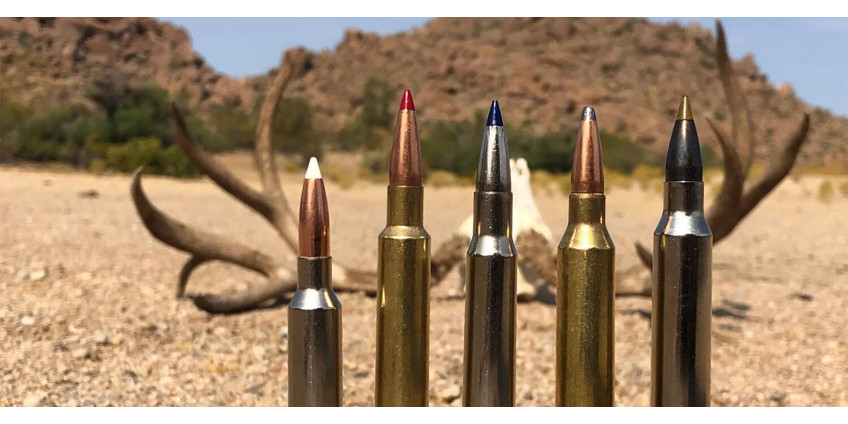 The hunter and the "prey" are inseparable when the process of searching for a future trophy begins and ends with its shooting. The animal's life is terminated by inflicting a mortal wound. And no matter how high-spirited the person with the gun is in this case, no matter how much pleasure he feels from a simple immersion in the wilderness, his main goal is to get a particular trophy. It is the excitement, a sense of incomparability, when you carefully and methodically track the game, walking on the trail of prey and sometimes on its scent, relying on your intuition, which is comparable with the animal. This is hunting. And the quality of a good hunter always determines the exact shot, when the game's death must come almost instantly. Ideally, one should shoot so that the prey, when shot, retains its consumer appeal as much as possible. The trophy should look expensive. Success in this case directly depends on the weapon and ammunition used, and the right choice of ammunition is of paramount importance since it is responsible for hitting the game.  The gun, in this case, is only a means to utilize the fullest potential of the ammunition. After all, each specific type of hunting and each specific type of prey imposes certain requirements on the arsenal used.

Man has practiced deer hunting for many years. We can hardly develop anything fundamentally new here - almost everything has already been invented and tested before us. Therefore, in our selection of rifled cartridges and versions of their equipment best suited for deer hunting, we will refer to the accumulated experience of European hunters.
When hunting a deer, there are many features associated with the behavior of animals on which the hunting strategy is based. The males are attracted by different methods: by the sound of horns imitating deer fighting, by the male's voice resembling a croak or a female's voice. Bait with female deer urine "ripe" for mating is used with the smell of female deer urine. One of the best and most interesting is hunting during the rut. Hunting near food sources is considered highly effective when the rut is over and hunting for females is allowed. These include farmlands with specially planted crops to lure deer and piles of apples, carrots, corn, and other goodies. Unique automated feeders, programmed to dispense food at certain times, work effectively, eliminating the feeding of deer in the dark hours of the day when hunting is prohibited.
The best time to hunt deer is early in the morning. This is when they are most active. If a deer rushes after the shot, don't chase it right away. He can be wounded and run a few kilometers when he sees that he is hunted. If he thinks he has escaped, he will lie down secluded. Follow the blood trail carefully until you find him. As soon as you get close to him, he will jump up. Shoot quickly and try to kill him for sure this time. The deer shouldn't suffer because you can't hit the heart. When retrieving a fallen deer, knowing where the animal is wounded is essential. You should also listen carefully. When the bullet hits the animal's body, you hear a characteristic sound, as if you hit an empty barrel with a stick. Because there are not always clear traces of the hit in the place of the shot.
"Don't be sure-don't shoot"-the golden rule of the hunter. Never be in a hurry to shoot. If possible, watch it with binoculars and telescopic sight. When shooting, do not think about the trophy or the prey. It's only a target. It's a live target, and you have to put the bullet so that the living creature doesn't suffer or suffer. Remember that hunting is a sport and entertainment for us, and the beasts are death and tragedy.
Do not shoot at random. Animals quickly fix any abrupt movement and react to it much faster than you pull the trigger. Also, don't forget that it takes some fraction of a second for the bullet to reach the target, and the sharp swing of the gun can coincide with the animal's jump, and a few centimeters are crucial. If you decide to shoot, remember that it's hard to put a running animal on sight at once when shooting at point-blank, so it's better to raise the gun smoothly and bring it up from behind. It's always necessary to shoot with one eye open, never squinting one eye. It's easy to achieve it through constant training. Try to open your eyes as wide as possible during the shot, straining every muscle in your face. This will allow you to see not only the target but also the surroundings and determine more precisely the direction of movement and the speed of the target and foresee the beast's actions. After the shot, do not stop the gun, but follow the target with it. With time, shooting with your eyes open will become so accustomed that you will see the place of the hit through the scope.

What do you need to hunt deer?

The hunter must use bullets of appropriate weight, lateral load, and expansion characteristics. He must hit a vital organ when he takes the shot, preferably in the heart or lung area. One of the biggest problems is the state in which the animal is at the time of the shot. A seemingly minor detail such as whether the deer had inhaled or exhaled before being hit can play a vital role. This can affect how much distance it can travel before it dies, even though the bullet hit the animal's lungs. It is impossible to list all the appropriate ammunition for deer hunting. Deer usually seek shelter in the woods, although they can also be found on the edge of the woods, in orchards, or in other open areas with lush vegetation. Therefore, you can use both close-range and long-range cartridges for hunting, depending on where and how you plan to hunt. So divide all ammunition into two notional groups based on the distance from which the shot will be taken and their application.
High-velocity ammunition of small calibers works the right way (the so-called varmint-type bullets work on a similar principle). As you know, resistance is proportional to the square of the velocity. The lack of dense tissues, which ensure the active opening of the bullets, will be compensated here by the high velocity at the moment of impact. Besides, it is necessary to have the high expansiveness of the bullet itself - and it is not a problem if the bullet fragments almost immediately after hitting it. And in the case of small caliber bullets, it is necessary to exclude from consideration non-detachable jacketed bullets and bullets designed for deep penetration.

How to choose a bullet for deer hunting?

There are a variety of bullets for hunting deer because they live in different regions. However, you should keep in mind the territory and climate of the region where you will hunt these animals. Preferably, calculate so that the cartridge has 800 pounds of kinetic energy force, no matter how far the bullet will fly. The front face of the bullet should be at least .0462 square inches. The bullet's lateral load should be .200 for the necessary penetration. The most effective bullets are those with an exposed head, expansive bullets with a cavity in the head, and those with a plastic tip that will expand quickly with little resistance. Such bullets as Hornady Interlock, Nosler Ballistic Type, Remington Cor-Lock, Sierra Pro-Hunter and GameKing, Spear Hot-Cor, and Winchester Pointer Point. These are certainly not all bullets, but they can serve as a guide. A high-velocity varmint bullet in a powerful cartridge such as the .243 Win is also good but can ruin the trophy's appearance, so it is better to shoot it across the hull, along the ribs. It is possible to use universal cartridges for deer hunting with a maximum range of 200 yards. Some hunters shoot at 300 yards. These cartridges are the best of other cartridges for hunting at close range because they are convenient to shoot from the tops of slopes and hills. This group includes the .243 Winchester, 6mm Remington, .250 Savage, .257 Roberts, 6x62 Freres, .240 Weatherby, .25, and others.
I prefer the .30-30 for lever-action rifles or the .260, 6.5x55, 7mm-08, and 7x57 (with 139-140 grain bullets) for rotary bolt action rifles. One might consider the standard high velocity "half-shell" of 55 gr for the .223 Rem caliber.

Once again, we'd like to remind you that hunting is not an entertaining attraction but a strenuous activity that requires an equally severe attitude. Individual deer hunting is not an exception. Even using a rifled weapon, even the most accurate and killing one, will not be a hundred percent guarantee of success. You have to be ready to hunt seriously: improve your physical condition, study the area and the game habits, and the main thing - improve your skills of rifle handling and shooting. Learn to shoot from unstable positions, using your own body as the only support. Exercise, ignore lousy weather, fatigue, and laziness. This is sure to pay off in the form of hunting trophies.