What thermal vision device matches you 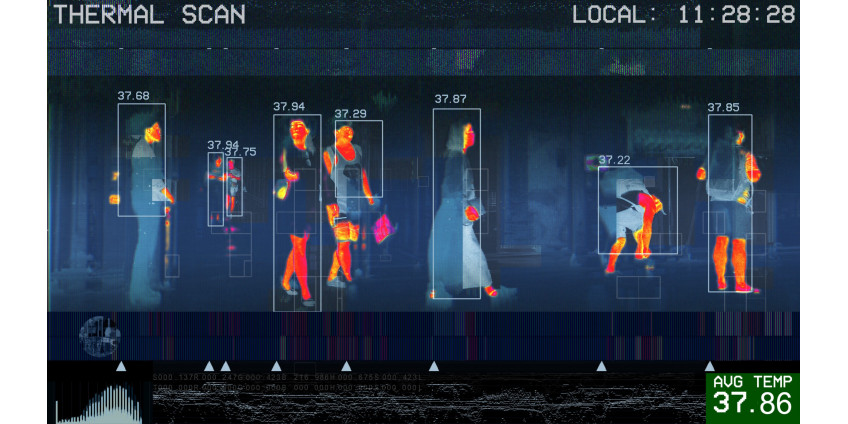 Day or night vision devices have one similar moment in work – rays of light reflect off the surface of an object, lenses capture this light, and we can see an image. Thermal imaging is a completely different type of vision, and it has no common features with day/night vision equipment. If you decide to buy a thermal device, first, you should find out how it works, what thermal technology is, and whether you need it at all.

Thermal Vision breaks all stereotypes about devices that can see in the dark. This device does not need light or illumination to provide a clear image. Each object can reflect the light but also emit heat radiation. Warm objects, such as people or animals, have their temperature and inanimate – trees, the engine of a working car, walls of buildings, water in a lake. Thermal Imager captures this radiation and transforms it into a picture.

In simple words, such a device is a camera with sensors that react to heat. Sensors determine the temperature of surrounding objects at a short and long-range, and then send obtained data to a miniature built-in computer for processing. Special software processes the information and creates a thermal image of the user's territory on his screen.

The process of temperature measuring and data processing is very fast so that the user can see the image in real-time without the picture delaying. A good powerful processor provides a clear image and “notes” all movements of objects around the user.

The image in the thermal imager can be gray or colored. It would be best to read both options if you were skilled and did not understand the picture correctly without having experience. The thermal imager with a gray color scheme is not so convenient if you need to use the device for a long time. A colored image is more pleasing to our eyes and easier to understand. Thermal vision manufacturers often use 8 basic colors of the rainbow to convey the temperature picture of the area and objects.

Whichever thermal temperature scanner you choose, the principle of displaying the image will be the same – low temperatures are displayed in dark or cold shades (blue, purple, black), medium temperatures in neutral shades (green, red), and the hottest ones in a light or bright colors (orange, yellow).

The monocular is half of the binoculars. That is, it has one eyepiece. But it makes such a device as convenient as possible. The thermal monocular is very compact and lightweight, so that you can carry it in your pocket. This device can provide a clear and accurate thermal image of the area, but it all depends on the screen resolution and software.

Such an accessory is indispensable if you want to keep your hands free. One of your eyes will see the thermal image of the area, and the other will see the usual one. But exactly this moment is considered a disadvantage of the device – due to the difference in received picture and information our eyes and brain quickly get tired. Therefore, it is convenient to use the monocular during hunting or observation, but not all the time. Thermal monoculars are often used by hunters and farmers, who themselves shoot pests that harm the crop.

Thermal scopes are great for hunting, but they can be used for other purposes as well. A good, even cheap thermal scope can replace several other accessories. Depending on the model, such a device has several clarity, magnification, large FOV, and viewing range. All buttons are located on the body so that the scope can be adjusted with one hand. As well as in the usual scopes, thermal models have a reticle for more accurate aiming and determining the distance to the target.

A big plus of such devices is the ability to track the movement of a target and hunt in any weather conditions. The thermal scope perfectly sees the object during rain, fog, or smoke in the air. Besides, with such a device, you can hunt in the complete absence of light. Some models have motion detection so that you will not miss a single animal or person passing by.

The new generation of thermal scopes is very compact and lightweight. They are easy to attach to rifles of different types. Also, almost every thermal vision manufacturer proposes a wide range of models and prices. So you can choose a perfect one for your purposes.

Visually, such a device differs from the binoculars we are used to. On the user's side, it has two eyepieces, and on the other side, one large lens. That is, this device combines a scope and ordinary binoculars. All range and magnification settings are located on the body. Also, some models have a built-in rangefinder. It is convenient to use such an accessory for a long time because it does not tire the eyes.

Thermal binoculars are often used while hunting if the hunter is in an inconvenient location. For example, during treestand hunting, if you are lying or standing on a rock, and in other situations when it is impossible or inconvenient to look through the scope.

We have told you only about the most popular types of thermal imagers, but others also deserve your attention:

Snap-on thermal imaging. The device consists of a handle and a display. It is convenient in that several people can see the image at once, and not one user, as in the previous versions.

Thermal clip-on systems. They have to be attached to your daytime vision device. You can quickly switch to thermal mode and back with ease. Such a system is convenient if you do not want to buy a thermal scope, but you sometimes need a thermal camera when hunting or defending a territory. Besides, such systems make it possible to record video in real-time, and you can connect them to your smartphone using a cable.

Modern models of thermal imagers are very lightweight and compact. Their body and size are designed for more comfortable use and carrying. The only drawback of thermal imagers is their high energy consumption. But this is not surprising because this device is completely electronic and has no mechanical parts. Also, when choosing the equipment that suits you best, do not forget to add one or more battery packs to your shopping cart.

No matter you choose expensive or used thermal scopes, scanners, or monoculars, they must all meet the following criteria:

Waterproof. This is a must because you will have to use this accessory in the rain, snow, or in high humidity conditions at least one time. Also, while hunting, there is a high risk of dropping the device into the water.

Shock resistance. Also, an important criterion when choosing. This means that your device will function well after being dropped, hitting a hard surface, or any other situations where a standard device will be damaged.

Manual control on the body, preferably with a rubber covering.

Magnification, size, weight, extra modes – choose depending on the conditions under which you will use the device and for what purpose you are buying it, as well as how much money you are ready to spend on such a “toy.”