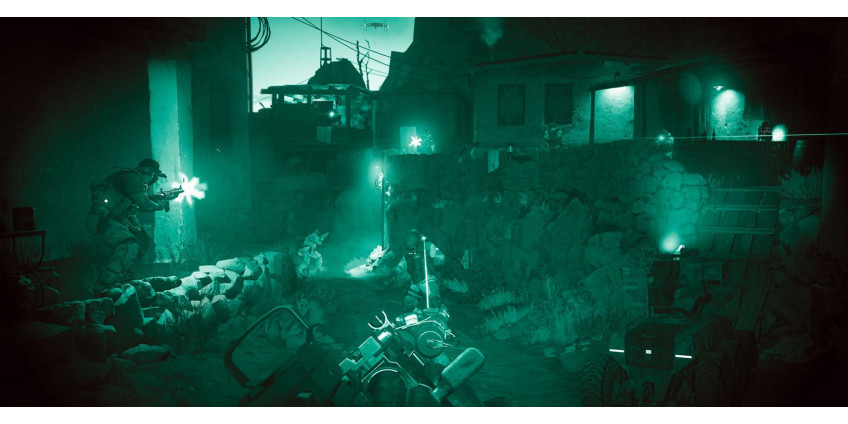 Night vision optics can be purchased in offline or online stores. Different night vision manufacturers produce it, and each of them specializes in its own area of application of NV. Such devices are in the arsenal of almost every avid hunter, crazy night birdwatcher, or even a farmer who has to control his fields not only during the day but also at night. It is not worth talking about that such devices have every security company and law enforcement organization.

Night vision technology is interesting because it allows users to see and perfectly navigate in the dark. Such optics work on enhancing the brightness and clarity of the image, modern models need minimum illumination, and some can work in complete darkness. The green or yellow color of the image is obtained due to a special filter. These colors are the most pleasing to our eyes, and they also amplify the clarity of the image.

Almost all types of night vision optics are available to the consumer. The only exceptions are the Gen 3 models – they are noticeably more expensive than the standard assortment and are mainly used to arm the military forces of the army. Also, strategically important technical developments are available only to the military. The most popular types of night vision on the US market are:

•    Night vision goggles. It is quite an expensive accessory, but it opens great possibilities for the user – it leaves your hands free, you can move freely in the dark, change location, navigate the terrain, and even drive a car, albeit at low speed. Goggles do not tire the eyes. They are quite lightweight. You will need no more than 30 minutes to get used to such an accessory on your head.

•    Night vision scope. Hunters widely use it because it is convenient to aim and track the target at night. As well as in the usual scopes, in the night vision, there is a reticle for quick distance determination. There may also be a built-in rangefinder and a laser reticle.

•    Night vision binocular. For those who prefer the classics. The advantage of binoculars is that they can have more magnification than other NV devices. Also, the angle of view of the lenses is much wider than that of goggles. Also, such accessory is often very durable, has water, dust, and shock protection.

•    Night vision camera. The best solution for the security of the territory or some object at night. Such cameras can be wide-angle, react to movement, water, and be dustproof.

Night vision imaging systems have become so popular that video game developers have begun to use the night vision option. Some companies even release real night vision optics for gamers. The wheel of a car or the pilot wheel is not the limit at all. Video games can be even cooler and more realistic!

Let's look at how the developers have integrated night vision into the most popular video games and if this mode has become useful for users.

Not all players know about the ability to use night vision mode in this game. Although the possibilities with this option are quite wide – you can switch it at any time of the day, get good detailing of the terrain and goals, and change the model instantly.
Call of duty is a first-person shooter (FPS). A nice moment to pay attention to – the modes are changing very quickly. You can put on the NV goggles and take them off on the run or while firing at the enemy.

Battlefield offers endless possibilities for those who want to feel like a soldier, sniper, or scout. NV can be used at any part or level of the game makes it as exciting as possible. To activate the night vision goggles, you need to press the button “7” on the keyboard, after which the NV mode will be switched on. Everything in the night-vision world is realistic – the goggles limit your angle of view, your eyes will be blinded by the grenades flashes, just like in real life. Also, the optics are discharged during the game, so you need to turn it off for recharge.

The company developer Ubisoft did great work. Their night vision goggles turned out to be as realistic as possible. The night vision mode is used in different parts of the game. The goggles do not start working immediately but after a couple of seconds. So the full effect of getting your eyes used to night vision is created. The detailing of objects is evident. Your character is perfectly oriented in space. The fact that Splinter cell is the TPS simulator makes it attractive for those who prefer to have a 360-degree view.

This is not a game but a true legend in the world of video games. It was one of the first to be adapted for PlayStation. Not surprisingly, that night vision optics also appeared among its modes much earlier than in many other popular shooters. And although the detailing of this video game is not so good, the night vision is best here. It is worth mentioning that Sony PlayStation 5 and Microsoft Xbox are compatible with all the games listed above.

What the games give to the technology

According to IT experts, a modern human assimilates new information much easier and faster if presented to him in the form of a game. Various online surveys, courses, lessons, educational and profile seminars are now supplemented with short animations and games. The most unpredictable thing was the integration of video games into night vision devices. This incredible invention is now testing in US Army.

Not so long ago, the US Armed Forces have got an experimental technology – night vision goggles-binocular. This device markedly differs from the usual night vision optics. It increases the visibility and contrast of all objects in the field of view. Well, firstly, the image of the lenses is not very detailed, but it is well illuminated and apparent. And the color of the image is not green or yellow, but white.
White does not tire the eyes. Its great advantage is better to target recognition in poor visibility (for example, smoke, rain). Previously, only thermal imagers had such ability. Standard night vision devices are useless in such conditions.

Secondly, such goggles have a built-in thermal imager and augmented reality function.

Thirdly, this is not a standard NV goggles with good software but a set of binoculars that improve the depth of the image. This invention is still being tested, but who knows, maybe in 5 years, any hunter or wildlife watcher will have the same one.
Could you think that night vision would be like a video game? Probably, not. In the future, the developers promise to work on detailing small objects, develop color night vision, and will continue to integrate game elements into this technology. Not far off the appearance of the next night vision generation, based on usual video games.