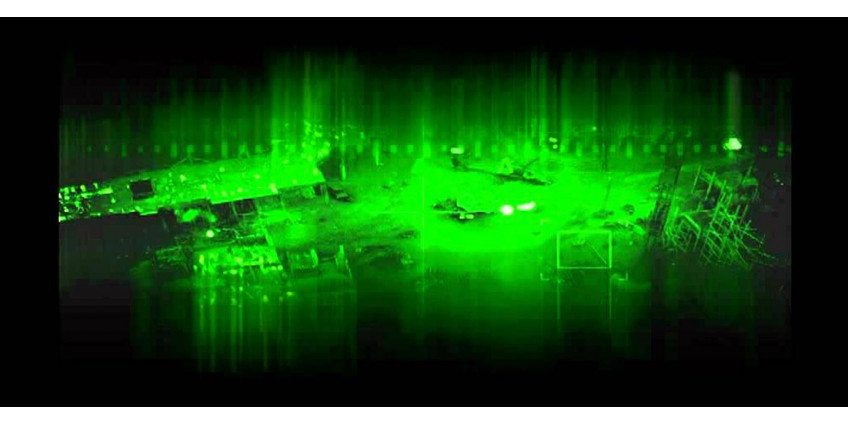 Most people believe that a night vision device is needed for night hunting, nocturnal animals watching, or protecting the territory. But in fact, such equipment can be used much more widely. Over the past 5-10 years, the army has become very interested in NV technology. And this applies not only to snipers or intelligence but also to military vehicles. What night vision does the military use, does it make sense to use such equipment for military purposes, and does it have a future in the American Army?

Vehicles are a big part of the American military armament. Therefore, the army command is especially interested in improving its functionality. Combat vehicles of open or closed type have long been equipped with laser systems and sensors, but this is still not enough for effective and accurate movement at night.

So, no one was surprised by the decision of the command to equip military vehicles with night vision cameras. The only question is how powerful such devices should be. Ideally, a night vision camera should clearly show the image when the vehicle is stationary or moving and detect any movement in the surrounding space. Moreover, such a device should have a wide field and range of view.

Today, military vehicles are equipped with NV devices with an image resolution of 640x480 pixels and a viewing angle of 40x30 degrees. Long infrared rays are used for illumination. For comparison, in modern free-for-all night vision devices, the image resolution reaches 1920x1200 pixels.

For the past six months, night vision manufacturers have been trying to improve technology for military equipment. The task was complicated by the appearance of color night vision, which also needs to be integrated into America's defense system.

Night vision technology is quite complex. It took not one dozen years to develop it to today's high level. The principle of the work of NV devices is in capturing particles of light and transforming them into an image that can be visible by the naked eye.

All objects around us reflect the light. Our eyes can only pick up a small fraction of this reflected light, so we see very poorly in the dark. But cats, lemurs, and other nocturnal animals perfectly orient in the night forest or field. Their pupils can capture almost all of the light particles, which are then reflected in a special way from the retina and re-enters the pupil.

Night vision technology is built on approximately the same principle. An outer lens or objective lens is sensitive to reflected light particles. It captures them and gathers them into one light beam. A photocathode is located behind the lens. This is an electronic element, so it uses a power source (batteries) to work. The photocathode charges particles of light (photons), and they are converted into particles of electric energy (electrons). Electrons enter the image intensifier tube chamber, where their number increases hundreds of times. Inside the chamber, there is a microchannel plate. It has hundreds of micro-holes symmetrically located on its surface. Electrons pass through micro-holes, due to which their number extremely increases. The more electrons, the clearer the final image, so modern microchannel plates can have thousands of micro holes.

After the chamber, the electrons finally reach their target – the phosphor screen. They hit the screen and create flashes of energy. In this way, electrons transfer a part of the image to the screen. The screen makes the final image and sends it to the user's display. The more electrons, the more particles hit the screen, and the clearer the image will be.

The history of the use of technology on military vehicles

At the beginning of the 20th century, hostilities have to be stopped with the onset of night. It was impossible to see the enemy well in the dark, send the information, and navigate the territory. But that situation changed in 1939 when Germany developed night vision vehicle devices and installed them on its tanks. The USA started developing this technology a little later, and its military vehicles were equipped with such devices only at the end of WWII.

Gen 0, as the first NV models are now called, was very bulky and used ir vehicle lights for illumination. The provided image was not clear, had a dark frame and black corners. Besides, the lens could be spoiled when caught the artificial light of lanterns or lamps.

In the middle of the 20th century, Gen 1 devices appeared, working from ambient light. In Gen 1 began to use the image intensifier tube. Those devices and their abilities were tested during the Vietnam War. After the war, the American military began testing Gen 2 devices, which were very different from the previous generations. They had an S-25 photocathode with a high sensitivity to light and a microchannel plate. Gen 2+ became the next step in NV development. Such equipment had a good signal-to-noise ratio, improved tube, and optics. Gen 3 has taken the quality of night vision to a new level. Its photocathode is coated with gallium arsenide, due to which the image on display is as clear as possible. A Gen 3 technology is costly.

The US military night vision is most often used to track enemy maneuvers and conduct tactical operations at night. NV devices are installed on the ground and air vehicles. Ground vehicles of open or closed type constantly need improved technologies for better monitoring of the territory. Air transport uses NV devices to survey the area from the air at close range.

Besides, the Army uses thermal imagers, which are much more effective in poor visibility conditions. Thermal Imagers can display an image at a great distance, detect the temperature, capture the heat of objects even if it is raining, snowing, smoke, fog, or smog in the air. Thermal equipment is not so great when moving at night, but it helps to detect objects and targets quickly.

Prospects for the application of technology

According to experts' forecasts, the development of global military gear and night vision devices will only intensify from 2020 to 2030. Some NV manufacturers are already working on Gen 4, which should have fantastic capabilities according to the promises. The clarity of the image will be so high that it will be possible to read maps, see tiny details in complete darkness and perfectly navigate unfamiliar territory even in the complete absence of light.

Also, don't forget about color night vision. Now it is not finished finally because the color filter does not reproduce blue, and its shades like it are in real, distorts the texture of objects, and the image itself is not clear enough. Besides today SWIR and NIR technologies are widely used. SWIR allows you to see objects as clearly as possible in the dark. NIR helps to detail the image.

Over the next ten years, NV is expecting a huge leap forward. It is still difficult to say what will change in 2-3 years, but now scientists are trying to find a solution so that the armed forces can see the image of the surrounding area at night as clearly, colorfully, and detailed as during the day.

The largest companies in the world are now developing night vision. Each night vision manufacturer is aimed at ensuring that the military forces of America and other countries have better equipment. First of all, this concerns vehicles, monitoring the territory, and defending borders at night.

Most of the attention is paid to the military issue night vision technology that would make it possible to drive a tank, armored personnel carrier, or other vehicles at night. Modern technologies cannot produce a clear and stable picture while driving, which makes maneuvers very difficult.

The next decade promises to be interesting and full of surprises. Development never stops, and what seemed fantastic yesterday may turn out to be quite a usual thing tomorrow. It is also nice that most of the inventions for the military then become available to civil customers.