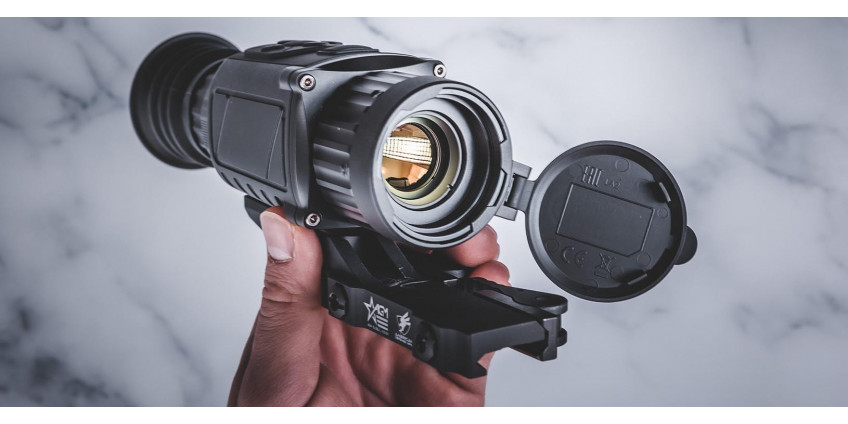 The night-vision technology implying use of infrared thermal vision devices is now spreading and improving worldwide entering into multiple spheres of application raging from military options to medicine, nighttime driving and outings and various leisure activities. Though rather new and costly at present, it has become more than welcome due to numerous new prospects and opportunities it opens or allows achieving.
So, let us study some of the possible applications of the thermal imaging technology in today’s world.

One of the possible most useful applications is medicine. As based on the infrared radiation detection, it may be used for detecting various cancer cells, for instance, breast cancer cells, at early stage of the disease. Definitely, there are other methods used by the doctors and laboratories nowadays, but along the commonly-practiced methods, this thermal imaging technology has already proved to be quite reliable and unharmful to the human organism.

The method is called “thermography” and implies scanning the body or part of the body by means of a thermal imaging device and then making a thermogram, or the so-called thermal map, which will provide a multi-colored image of the organs and tissues. Different color schemes stand for areas of different temperatures. The principle of detecting a malfunction of this or that organ or tissue lies in the simple fact that the human body is mostly symmetrical vertically. And if one of the two symmetrical part of the body are heated differently – due to some malfunction or infection in it, thus they will be shown in varying colors thus indicating the problematic area, if there is any. Even if no symmetry exists in no-pair organ, it is always possible to compare the thermogram in question with the sample thermogram of the body or organ or tissue having normal temperature. In case any anomaly is detected, the specialists can interpret it by running other more precise tests and examinations or analyses or can monitor its development or disappearance with time.

Handheld thermal binoculars are crucially important for various tactical missions when the daylight illumination is not present. These include nighttime operations or missions taking place under the ground, in caves, in unlighted buildings or other places where the visible light spectrum illumination is unavailable or impossible.

As an example of non-military use, think of various search and rescue operations or law enforcement raids in no-light or scarce-light conditions. Using portable thermal vision devices, the productivity of such missions increases enormously.

Beside searching for lost people, these devices are quite handy for detecting freshly-made footprints or fleshly-dug ground or freshly-left handprints on walls and doors, which is a good method for capturing criminals and finding stolen and hidden objects.

The design of gas detection devices is a bit different from regular thermal imaging cameras. The difference lies in the installed filters which allow better detection of this or that target gas. The principle of the gas detection thermal cameras’ operation is based on the fact that the gas, if present in the area, will hinder the heat waves radiated by the objects in the viewed area and thus change the normally visible spectrum to a slightly different one, specialized filters serving for better determining which exact gas is present.

Another useful piece of thermal imaging optics is a thermal monocular. Not being so expensive and bulky and slow to adjust as a binocular, the device is perfect for outdoor excursions when you expect to enjoy some wild birds, animals or reptiles. The idea is that usually most wildlife animals are too scared to appear when there are people in the vicinity who represent a natural centuries-long danger to them.

Besides, most of the species you may expect to observe are well-camouflaged to be spotted before they detect you and are quick to run away before you can have even a glimpse of them. That is why, a thermal monocular is a good companion for those who would like to enjoy the wildlife in its natural environment. It will allow you to detect the presence of wildlife species long before you can frighten it by getting close enough to observe them with you naked eye. Especially at nighttime.

Moreover, a good-furnished device will also feature magnifying optics to further improve your visibility range. So, you can enjoy observation of wildlife from a safe distance, not bothering that your presence will frighten it away.

Compact and light to carry everywhere, it is equally good for in-town and out-in-the-wild outings. It is also ideal for those who have impaired vision in one eye, as not every binocular features an independent-focus option, which is rather expensive if present.

Thermal Cameras for Your Mobile Device

While professional thermal imagers are generally rather expensive and not very compact, amateurs now have a perfect opportunity to enjoy the thermal vision technology for a relatively small price, as thermal imaging cameras are now available in a tiny format and are designed to improve your mobile phone simply by being attached to it. The devices definitely will require a respective application to be downloaded on your phone as well, but a good thing is that normally the application will work both on iOS and Android platforms.

The mobile phone thermal cameras certainly vary in in-built features and characteristics, depending on individual manufactures, but they are all obviously a good choice for those who would like to take photos or videos in an infrared spectrum or to watch the surrounding objects and environments using an almost-professional technology.

Such devices can normally be attached to your mobile phone via its charging port and sometimes have an option of overlaying a regular phone camera image with the infrared thermal imaging thus giving an output view which is very close to a real-life visible-spectrum scene. The devices are very convenient for gas, liquid or heat detection, for walking in the dark and just for shooting breath-taking supernatural photos and videos to impress your friends or subscribers.

One more possible application of thermal imaging devices is implementing them into a system of nighttime driving assistance. The thermal imaging will allow drivers to improve the safety of driving in no- or scarce-light conditions, including deteriorated weather or otherwise decreased visibility. Looking on an in-built thermal imaging screen, the driver will be able to have a better visual awareness of what is actually happening on the road in front, despite varying weather conditions and visible spectrum light available.

In some jobs and life situations it is vitally important to have free hands and at the same time to be able to see clearly in poor visibility conditions. One of such jobs is certainly that of a firefighter. Thermal imaging technology comes here for rescue by introducing a helmet featuring a mounted infrared detection device, which is extremely convenient when finding people and rescuing them from smoke-filled poor-lit burning buildings.