How does night vision work? 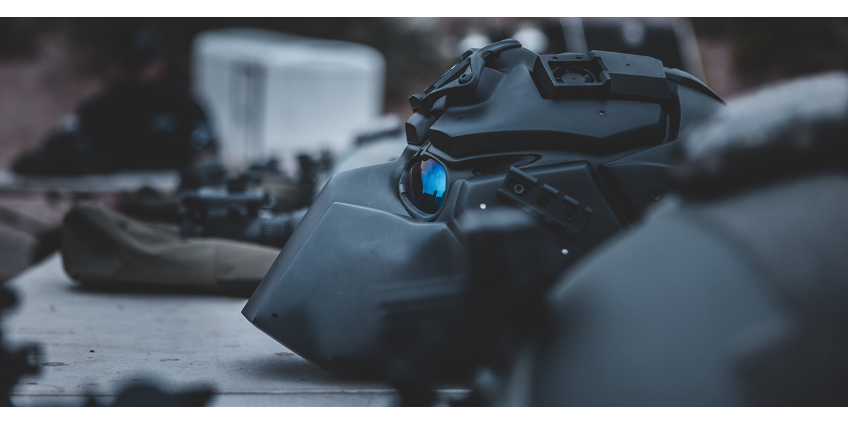 Century by century human is searching for something new and trying to make his life more comfortable. Thanks to this search we got lots of many amazing inventions, one of which is night vision. Let's find out how does night vision works, why such devices show a green image, and could they provide an image in complete darkness.

How animals see in the dark?

Every creature on the planet is adapted to the conditions in which it must live. This also applies to the way of life – night or day. People are active during the day, and with the onset of the night, they should get rest. That’s why our eyes are adapted to daytime vision, but at night we see nothing.

The retina is responsible for the perception of light and clear image transmission. The retina is a part of our eye that catches the light and it has two types of cells. Thanks to them, we see colors, and we can also detect movements around us. Yes, the structure of our eyes is very complex, but we still cannot see in the dark.

On the contrary, nocturnal animals are adapted to hunt and move at night. Such animals have large eyes, sometimes disproportionately large in comparison to their body size. Cats have a unique eye structure similar to the system of mirrors – tapetum. Thanks to it the light, enters the eyes, passing through the retina twice, so cats can see well even in a dark room with a minimal amount of light.

Human does not have tapetum or extra big eyes. But he has the intelligence to invent a device that can see at night. Let’s find out how it possible.

How to invent night vision

There is much more light around us than we can see. Each object has its type of radiation. This light flux is scattered around us and to see objects in the dark, it is necessary to gather all the radiation they emit.

Electricity, on the contrary, is convenient to manipulate. We can use a miniature power source and get a great effect. For example, a battery-powered microphone can produce a very loud sound. Or a washing machine – it can heat the water and spin a heavy drum with clothes. During World War II, scientists got the idea to combine light and electricity. It sounds cool, but it works even better!

How do night vision goggles work?

This is how NV works:

• The lenses of goggles catch particles of light called photons. Photons are then converted into electricity.

• Electrons are sent to the image intensifier tube. In this chamber, their number increases thousands of times due to the special structure of this element.

• Electricity particles hit the screen and create tiny flashes. Each particle carries a piece of the visible image. The screen gathering these pieces and transmits a full picture on the output window.

Therefore, the final image that the user sees on the screen is much brighter and more contrast than he will see by the naked eye.

Why does everything look green through night vision goggles?

Indeed, why NV devices transmit the image in green color but not yellow or blue? Each captured photon has its color, but the electron does not. That is, during the converting of light into electricity, photons are losing their color, so the end image will be black-and-white. Such a color combination makes your eyes feel tired and may cause a headache.

Because of this, all night vision devices have a special filter that gives the image a green shade. The green color is considered to be the most pleasant and comfortable for our eyes. You will not feel fatigued or discomfort during using goggles.

What if there really is no light?

NV devices need minimum light to work. But what if there is no single ray of light around? In such situations, image amplifiers are useless. But there is a worthy alternative to such devices – thermal imagers.

Thermal imagers do not need any light, they can work in conditions of smoke, rain, fog. Such devices react to heat or infrared radiation. Every human or animal emits heat. But buildings, vehicles, and stones also have the temperature, although it is much lower than body temperature. Thermal imagers gather their sensors’ indication about where the heat source is and how hot it is. Depending on this, the image on the screen will be lighter (hot) or darker (cool).

The first thermal imagers had a large screen and were rather bulky. But modern models are very small and lightweight, they can be helmet mounted or head-mounted. Such thermal imagers are often used by firefighters and rescuers, also they are widely used for territory protection and military purposes.

How does a thermal image sensor work?

Heat sensors identify infrared radiation, its temperature, and transmit this information to a decoder. With the help of a special microchip, this information is converted into a visible image and then passed to the screen.

Unlike night vision, thermal vision does not convey a complete image of an object, but only its outlines in thermal range. The hotter the object, the brighter and lighter the color it will be. To “read” temperature screening of the surrounding, you need to train and practice first because it is very difficult to understand what is shown on the display having no experience.

If you are thinking about buying night vision or thermal vision devices, first decide for what purpose you need it. Thermal imager almost has no disadvantages, except for a very high price and energy consumption. The traditional image intensifier is much cheaper, lighter, and less energy consumption. But they both are great inventions that have a wide range of use.