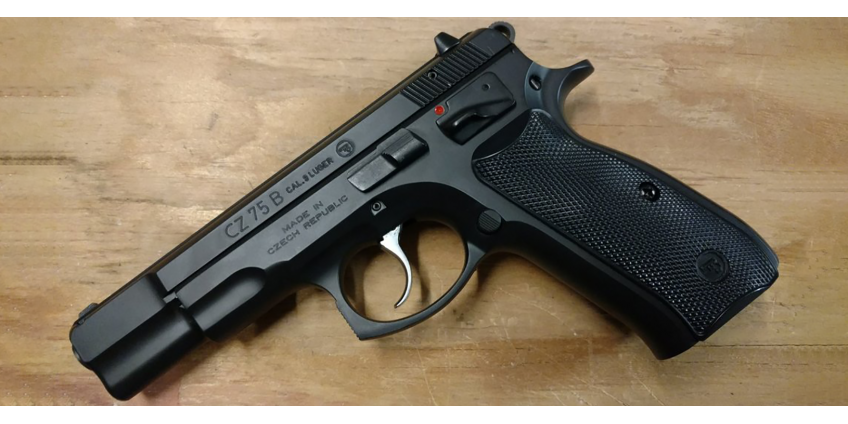 The CZ-75B is one of the finest Wonder Nines available, which the enormous number of clones of this pistol is a testament to. What is it about this relic of the Cold War, this Iron Curtain Wonder Nine that’s made it so popular, with such an ardent fan base?

Ergonomics second to none. Intuitive aim and out-of-the-box accuracy that are almost unrivaled. Time-tested reliability and proven design. In short, everything you’re looking for in a handgun, whether it’s for defensive purposes, target or competition shooting…or all of the above.

The CZ-75 is a do-it-all pistol and one of the best of the type to acquire. It also doesn’t come as dear as some comparable pistols from other brands.

Genesis Of The CZ-75

Ceska Zbrojovka Uhersky Brod, the company that produces the CZ-75, dates to the end of the first World War, when a number of war veterans got together to start a firearms manufacturing concern in Brno, in the then the First Czech Republic. They began manufacturing small arms and have been in the business of doing so ever since.

Ceska Zbrojovka opened another shop in Uhersky Brod, a nearby city near the Hungarian border, which the arms manufacture part of the operation was moved to during Soviet rule. After the collapse of the Soviet Union and the Velvet Revolution in Czechoslovakia, the company was privatized and became the modern CZUB that exists today.

However, during the late 1960s, Josef and Frantisek Koucky (brothers and two of CZUB’s engineers) set about creating a high-capacity pistol chambered in 9x19mm Parabellum. Since Frantisek was semi-retired and the project was not exactly for official state purposes (the idea was to produce it for export) he had creative freedom to create a pistol with fewer compromises than party bosses would otherwise demand.

One of the sources for that inspiration of the CZ-75B design was the Browning Hi Power, and the Browning DNA is heavily evident. The linkless cam locking system is the same. The barrel link is much the same. It’s also designed to be carried cocked-and-locked, as the frame-mounted manual safety can only be engaged with the hammer cocked.

However, the action was changed to double-single action and the slide was designed to ride inside the frame rails. That gave the pistol incredibly tight lock up, a very low bore-to-axis ratio and with ergonomic improvements, a point-of-aim that is impossibly intuitive. The fit and feel in the hand of a CZ or clone is also unmatched by practically any other firearm.

As CZ’s naming nomenclature designates a model for the year it was completed, and work was completed in 1975, it was designated the CZ-75. In the early 1990s, a firing pin block was added and thus, the pistol was dubbed the CZ-75B.

Since then, a myriad of new variations on the platform have evolved making the CZ-75B one of the most versatile handgun platforms available. Everyone from concealed carriers to sport shooters and all points in between can find a CZ to suit their needs. The standard operating system is available, as are models equipped with a decocker rather than manual safety, and even single action versions as well.

What makes the CZ-75 so good? Why are there so many vociferous fans and owners of it despite the gun being a 40-year old design? Just like with other designs that are old, there’s no getting around how well it works.

The CZ is considered ergonomically perfect by a great many shooters. It fits the hand better than almost any other gun you’re likely to hold and has been highly regarded for it since it was created.

Reliability and accuracy are also hallmarks of CZ pistols, as is easier recoil than many similar pistols. The tight lock-up and low bore axis, since the slide rides inside the frame rails, help greatly in this respect, as the bullet hits closer to point-of-aim and the recoil is less stressful on the wrists, which some shooters have found to be a drawback of high bore axis pistols.

The tight lock-up of the pistol ensure that, if cared for, it runs as smooth as butter, requiring only basic care to be kept in good working order for decades.

In short, it’s a pistol that feels good, shoots reliably, easily and accurately out of the box, and it usually goes for less than many other current service pistols commonly bought by civilians. There’s a lot to love about the CZ-75B.